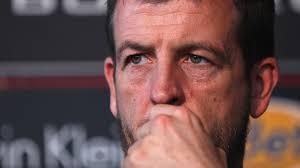 Trainer Joe Gallagher wants Anthony Crolla to be very disciplined if he’s looking to take out Darleys Perez and clinch the WBA lightweight crown, in a fight that sportsbook software services believe should not be missed.

Trainer Joe Gallagher wants Anthony Crolla to be very disciplined if he’s looking to take out Darleys Perez and clinch the WBA lightweight crown, in a fight that sportsbook software services believe should not be missed.

Crolla will go head-to-head with the fighter from Colombia in a showdown in Manchester, and Gallagher wants to see his man keep his cool at home so he can do what Ricky Hatton did a decade back, something that many fans are not ready to forget, and would like to see happen again.

Gallagher said: “It’s going to be an emotional ringwalk on the night but he’s got to keep those emotions in check. Hopefully the crowd can roar Crolla home the way they roared Ricky through the tough times that night.

Boxing fans who follow Crolla believe that this fight will not be an easy one, and would also like to see him stay as level-headed as possible come fight night.

“We’ve spoken about discipline because he knows he’s in against a quality opponent and he can’t afford to get ‘giddy’ as I call it. He can’t take that risk because Perez only needs one shot – he’s got a dangerous left hook in him. Anthony can’t slip up by being reckless.

“Anthony doesn’t have the profile that Ricky had but he’s already had some massive nights. He fought John Murray in a huge fight that divided the city and he’s also had Fights of the Year with Derry Mathews and Gavin Rees.

“Perez is a very dangerous opponent. He’s a former Olympian and very heavy handed. You don’t get world titles given to you and Crolla will have to go out there and earn it.”

Boxing fans are also very well aware of the danger that Perez poses in the ring, and know how careful Crolla has to be if he’s looking to successfully beat Perez.There is no room for complacency.

Crolla’s efforts to try and win a world title will be part of what is set to be a very exciting night in the sport- one that is eagerly anticipated by sportsbook software services and fans alike – as Scott Quigg will put the world super-bantamweight crown on the line, and Mirzet Bajrektarevic will face Martin Murray. Two other British title clashes are also scheduled, and fans all over the world are looking forward to seeing plenty of action in when these meetings get underway.