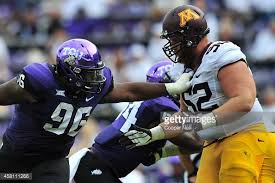 The #2 team in the nation, the TCU Horned Frogs will square off against the Minnesota Golden Gophers. At quarterback Trevone Boykin will look to dominate and have a great performance against an out of conference team in front a nationally televised audience. Jerry Kill has turned around the Minnesota program but it’ll be very difficult to beat TCU, especially if they remember last year’s drubbing.

At white label services TCU is 6/1 to win the NCAA Football Championship. It’s been a long time coming for the Horned Frogs who slowly but surely have risen to the upper echelon of college football ranks. TCU will return 15 starters from last year, reasoning behind the spread of -16 at places like Pay Per Head Shop.

Trevone the main player in the game is the favorite to win the Heisman, this is must watch TV. With Gary Patterson at coach there is plenty motivation to make a deep run. Who knows if Minnesota will be able to cover that spread?

Minnesota returns 12 starters, five on offense including quarterback Mitch Leidner. Mitch was the starter last year so he has one year under his belt.

The other seven starters are defensive players. Depth seems to be a plus for the Gophers; mind you the last three times out Minnesota is 3-0 against the spread as home dogs.

The Horned Frogs where snubbed last year by the committee so they’ll be taking no chances. The objective is to win and win big if they can. Minnesota will try to avoid that at all costs as I mentioned before they are playing much better under coach Kill, but that still won’t be enough. The smart pick will be the Frogs.

The Horned Frogs offense will be on display Thursday and it’s going to be fun to watch. It will be televised on ESPN (Watch) at 9:00 PM eastern. It will be the first step in Trevone Boykin’s quest for a championship and a Heisman trophy.

College Football is finally here, the nervousness, excitement will be felt by many across the nation. These young men have been working diligently for this very moment all the blood sweat and tears spent while also prospering academically is what makes them the special people they are. TCU is a program to emulate and strive to be like. They have done it the right way.