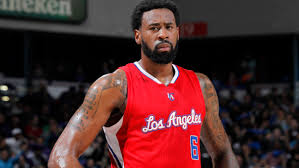 The NBA laid down a $250K fine to the Los Angeles Clippers after their investigation found that they had violated league rules with their re-signing of DeAndre Jordan. Pay Per Head Sportsbook has the Clippers at 12/1 and those odds got even steadier with Jordan coming back to the organization.

The league frowned upon the presentation made to DeAndre on July 2nd. The league says that the Clippers improperly included a potential third-party endorsement opportunity. Per League rules the NBA prohibits teams from arranging for others to provide compensation for a player unless it is included in a contract or is permitted by the collective bargaining agreement.

“We believed we were doing this the right way, and any circumvention was inadvertent,” Clippers owner Steve Ballmer said in a letter obtained by the Orange County Register. “In our effort to support our players in every way possible, we as an organization must be diligent in complying with the CBA.”

The NBA did say that the endorsement opportunity didn’t impact Jordan’s decision to return to the Clippers. Sources told ESPN that the endorsements presentation came before Jordan went to visit Dallas, so it didn’t have any impact on DeAndre’s decision, plus he didn’t wind up doing the sponsorship deal.

DeAndre Jordan did resign with the Clippers even after he initially gave a verbal commitment to come play for the Mavericks.

“As we, and the basketball world observed, DJ ultimately chose to stay with the Clippers because he felt it was his best opportunity to win a championship, and because of his desire to remain part of the Clippers family,” Ballmer said.

No doubt this puts the Clippers in position to be real contenders for years to come. The trio of Chris Paul, Blake Griffin, and DeAndre Jordan is a formidable pairing in every aspect of the game. They will be Lob City for many more years to come and there defense has been an exceptional, this is where DeAndre has made strides and can be considered one of the best centers in the game.

Blake and Jordan have found there nitch in the offense fairly quickly, and maybe Chris Paul has something to do with that. The cornerstone pieces are in place and aside from injury the sky is the limit for these Clippers. Doc is being the father figure these guys need to get it done.