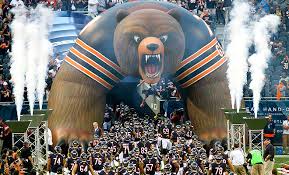 John Fox is now the Bears’ coach, taking over Marc Trestman after backsliding last year to 5-11 from 8-8. Fox has four consecutive AFC West titles to his name, and was able to lead the Broncos to a Super Bowl, but the coach did not live up to the fans’ expectations during the postseason. John Elway, world-famous former QB who is now the team president, made the decision that the best thing to do was to part ways with Fox. The coach is taking over a team that since 2010 wasn’t able to reach the playoffs. Sportsbook software services saw that Fox also got the services of QB Jay Cutler, who will now work with his fifth OC in seven years alongside the Bears. Adam Gase was with the Broncos and Fox, and now he has the job of helping Cutler out. The team’s fans hope that the OC will see that Cutler doesn’t perform like he did last season, where he was the league’s leader in turnovers, having recorded 24, with 18 of those made by interceptions. This can’t happen again if the Bears want to be successful.

Even though there’s plenty of optimism surrounding Cutler, sportsbooks don’t feel the same way. The Bears have been given odds of +2800 to win the NFC Conference, +1200 for the NFC North, and +5000 for the Super Bowl.
Ryan Pace, the team’s new GM, had plenty of work to do during the offseason in trying to get talented players for Fox. Releasing WR Brandon Marshall, who is now with the Jets, was one of his first priorities. Kevin White joined the Bears from West Virginia so he could take his place. Chicago also acquired the services of Eddie Royal – a player who many experts believe could be of great benefit. The team has the offense to excel this season. Matt Forte continues to be one of the top RB’s in the league. He turned out to be just the second player in history to catch more than 100 passes and rush 1,000 yards in one season.

WR Alshon Jeffrey is very talented in his position, as well as TE Martellus Bennett. The Bears’ defensive staff and Fox would rather use a set of 3-4, but they’ll employ a hybrid structure since Chicago’s roster is made for 4-3. DE’s Ray McDonald and Jarvis Jenkins joined the squad to help out in the shift to the new system. The Bears also got safety Antrel Rolle, as well as LB’s Sam Acho and Pernell McPhee. Sportsbook software services believe that Chicago’s defensive ranks must do a better job since this season they’re set to face the Lions and Packers on two occasions, and this is the reason why many bookies don´t see the Bears have the seasons that their fans are looking forward to. The odds have the Bears at 7 under (-150) in regular season wins, so this might be the better bet.