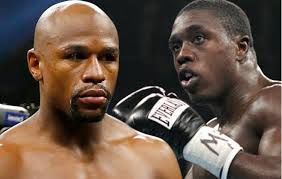 Floyd Mayweather is set to face Andre Berto on the 12th of September in Las Vegas, as announced by the boxer, and pay per head sportsbooks all over the world are not ready to miss this showdown.

A 38-year-old Mayweather will take on Berto in a clash that will get underway at the MGM Grand Arena. “Money” will try to turn his undefeated record to 49, and this could be his last fight in the sport.

Mayweather beat Manny Pacquiao – world famous Filipino – with a unanimous points decision in May, and afterwards the fighter said that he was ready to retire from the sport following a last fight in September.

The boxing world will be paying very close attention, as Mayweather’s WBA and WBC welterweight titles will be put in jeopardy when he faces a 31-year-old who clinched the welterweight world title on two occasions, and who was once considered to be as a rising star, but the fighter ended up losing three out of the last six clashes that he had, as was undefeated following his initial 27.

Mayweather said: “I’m ready to get back in the ring on 12 September and prove again to the whole world why I’m ‘The Best Ever’.

“I always bring my A-game and this fight against Andre Berto is no exception. He’s a young, strong fighter who is hungry to take down the best. Forty-eight have tried before and, on 12 September, I’m going to make it 49.”

But Berto then said “Somebody is getting knocked out and it won’t be me. You don’t want to miss this.

Fans all over the world wonder if what he said will prove to be true, and cant wait to find out.

“Best believe that I plan to bring it to Floyd and I’m not concerned about what 48 other fighters have been unable to do.”

He also tweeted: “Promise you this I’m gonna be as ready as I’ve ever been. Don’t act surprised on 9/12.”

Kell Brook and Amir Khan – British welterweights who are very famous with fans and pay per head sportsbooks for their skills in the ring -were both trying to have a go at Mayweather, but the announcement made on Tuesday night seems to have put these hopes on a standstill. However, many boxing fans are still hopeful, and don’t believe that Mayweather will quit the sport right after this fight.