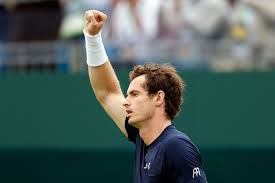 Andy Murray didn’t get over his defeat to Roger Federer in Wimbledon’s semi-final clash, but pay per head sportsbooks believe that he should put this behind him, as France awaits him this weekend in the Davis Cup.

Jamie, Murray’s brother, spoke about the loss, saying that “nobody died”.

Things looked promising for the brothers, until they were both unable to clinch silverware.

On Friday, the hopes that Andy had to win what would have been a one more Grand Slam title – a third one – ended on Friday with the Swiss making a great performance in the semi-final match.

After his loss, the UK’s hopes went to Jamie, but he and John Peers – his partner in the men’s doubles – were beaten by Horia Tecau of Romania and Holland’s Jean-Julien Rojer.

Instead of feeling down about the defeat, Andy’s 29-year-old older brother looked ahead, focusing on the UK’s quarter-final in the Davis Cup.

“I feel okay,” said Jamie. “I think in the final I played a reasonably good match.

“I think those other guys played very well, especially after hanging in the first set and started to serve very well the last two sets.

“I was proud of what I achieved there – it was a big step forwards for us in our partnership and there’s lots to look forward to. Nobody died.”

That answer ended the press conference before the Davis Cup, and there were chuckles after he said that.

However, in the conference, most of the attention went to Andy and the player’s reaction to his loss at Wimbledon.

“I thought about it most days,” said the player.

“I did say at the time and you know, a couple of days after, I was gutted.

“He served over 80 per cent in the first and third sets – that won’t happen to me the rest of the year.

“I am also trying to learn from the match as well. You can’t (learn) just when you walk off the court, and the next day it’s not like you immediately learn stuff from the match there.

“You have to look at that match and see what happened, analyse it a bit and look at the tournament as a whole and Queen’s as well, and think about those things and see what I can do better in the future.

“But it doesn’t take one day. There’s a lot of preparation that goes into those events and you need to take the time when you are finished in them to analyse what’s gone right and wrong, and things that you can do to improve in the future.”

There isn’t much time left at all for Murray to dwell on the loss to Federer, as the weekend is right around the corner.

The 28-year-old Scot did admit that it was tough to get fully ready, but the player believes that he was able to rest and get ready for the meeting with France.

Richard Gasquet – a semi-finalist at Wimbledon along with Murray – as well as Gilles Simon, Nicolas Mahut, and Jo-Wilfried Tsonga will be with France at Queen’s Club. Pay per head sportsbooks believe that it could be difficult for Britain, but what will ultimately happen remains to be seen.

“I think over the last couple of years, we’ve had some good performances,” said Murray.