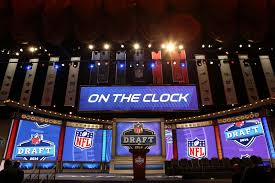 Price per head services have been following the 2015 NFL Draft and there were very few surprises in round 1, with the top two picks going exactly where we thought they would.

The Tennessee Titans used their number 2 pick wisely and have picked up quarterback Marcus Mariotta of Oregon.

Back in March Titans’ head coach Ken Whisenhunt alluded to the choice he was going to make, according to price per head services.

“All I know is that if you have that quarterback, it can cover up a lot of areas where you may be more deficient in,” he said. “Coaches get a lot better with a good quarterback, as I well know. That’s the question with us, the one we’re going through. I’m not diminishing Zach, but I’m also not going to overlook that there’s two pretty good players out there in this draft.

And the number one pick and bookmaker software favorite, of course went to the Tampa Bay Buccaneers, with Florida State quarterback Jameis Winston.

“We feel comfortable who Jameis Winston is, what he’s done and what we think he will do in the future as much as anything,” head coach Lovie Smith told theTampa Bay Times. “We would not bring in a player that we didn’t feel like we could handle or be a productive part of society and our football team. Our research shows that he can do that.”

“Jameis will be the first guy to tell you he hasn’t made great choices all the time, but it’s a learning process,” Smith said. “I have looked him in the eye. We’ve had a chance to get a lot more information, and I’m very comfortable with Jameis if he is the guy.”

So what happened to the rest of the NFL picks? Price per head services have put the first round in close perspective.

The Denver Broncos took defensive end Shane Ray after working a deal out with Detroit Lions.

2015 NFL Draft: Manziel could be Part of a Possible Trade Deal

2015 NFL Draft: Some of the lesser known QB Prospects