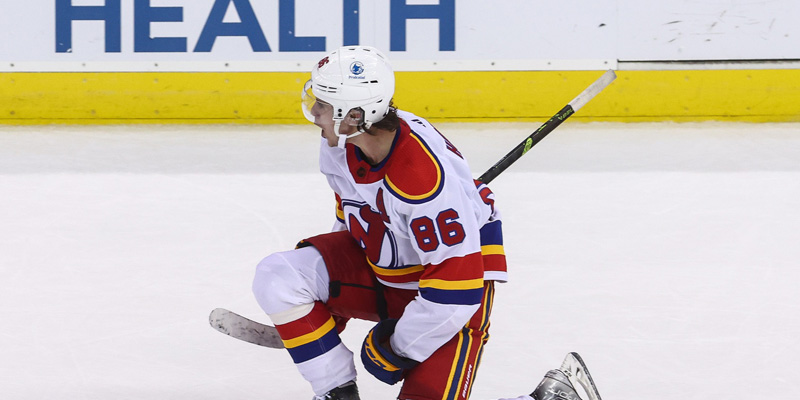 The New Jersey Devils (21-5-1) are back on the road toward Madison Square Garden in Manhattan, New York on Monday evening where they will face off with the New York Rangers (14-10-5) at 7:00 PM (EDT). The Devils were on the wrong end of the rink with a 6-4 loss to the New York Islanders in their last outing. New Jersey had 23 mins in the box for this game. They also had three chances on the power play and were able to net 1 goal. The Devils played well in this loss as they netted 4 out of the 29 shots they put on goal.

The Devils were on a 2-game winning run till the Islanders snapped them out of it. New Jersey will try to bounce back from the loss with a win over the Rangers. A victory will earn them their third win in their last four games and their 12th straight road win. The Devils are averaging 3.70 goals per game and scored four goals on 29 shots in their last match. Center Jack Hughes had a goal and an assist for the team. Nico Hischier and Dawson Mercer scored a goal apiece, while Jesper Bratt slid two assists.

At “ The Big Apple “, the New York Rangers are performing well at the moment skating on a 3-game winning slide. New York is averaging 3.03 goals per game. They scored two goals on 29 shots in their last game. Defense Braden Schneider scored a goal for the Rangers, while Artemi Panarin and Barclay Goodrow picked up an assist.

The Rangers fired 968 shots (3rd in the league) on a shooting percentage of 9.09% while letting their rivals volley 855 shots. The NY Rangers earned a penalty kill percentage of 79.55% on the other team’s 88 power play opportunities. Their save percentage is 90.5% recording 95 power play chances while accumulating a power play rate of 22.11%. The Rangers tallied 67 goals at even strength and 21 goals (13th in the league) while having more men on the ice.