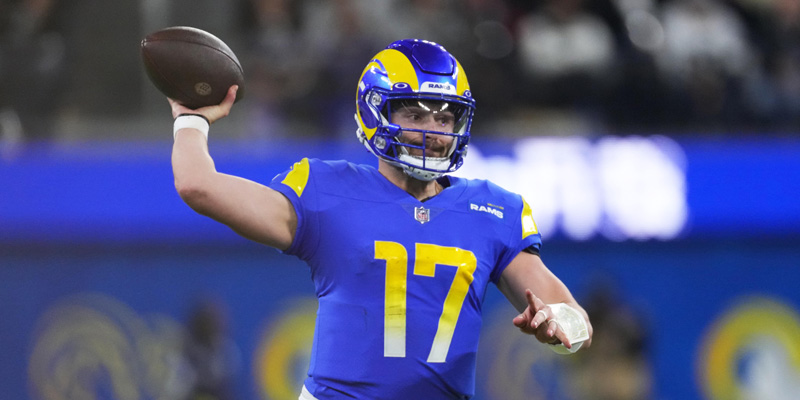 Lambeau Field will host Monday’s night NFL hostilities between the Los Angeles Rams and the Green Bay Packers at 8:15 PM (EDT). The defending Super Bowl Champion Rams (4-9) lost four of their first five road matches and are the worst in the league in total offense. Los Angeles rallied from a ten-point halftime deficit to earn a 17-16 home victory against the Las Vegas Raiders. Los Angeles is third at 4-9 in the National Football Conference West Division.

Meanwhile, the Green Bay Packers are back from their bye status with QB Aaron Rodgers. The current MVP reported that his thumb is better and he has no more pain from the rib injury he got against the Philadelphia Eagles three weeks ago. The Packers slew the Chicago Bears 28-19 to complete the sweep of their long-time nemesis. Green Bay is third at 5-8 in the NFC North.

The Packers won 3 of their last 5 home games. Aaron Rodgers completed 64.3 percent of his throws for 2,864 yards, 22 touchdowns, and 9 picks. WRs Allen Lazard and Christian Watson combined for 1,031 receiving yards and 12 touchdowns while WR Robert Tonyan has 45 receptions. The Packers’ ground assault is averaging 125.4 yards per contest and Aaron Jones leads with 847 yards and 2 TDs. Green Bay’s defense is allowing 23.2 points and 347.7 yards per game. Quay Walker leads the Green Bay Packers with 100 tackles, Rashan Gary has 6 sacks and Jaire Alexander has 4 picks.

Los Angeles Rams vs Green Bay Packers. The NFL pick for this game is the Green Bay Packers. Rams DT Aaron Donald suffered a high-ankle sprain that forced him to miss consecutive matches and will be out in this contest. Both squads struggled to score, so the under is worth a look. The stronger play is to take the Rams and their strong run defense to cover this number. Final Score Prediction, Green Bay Packers win 21-17.