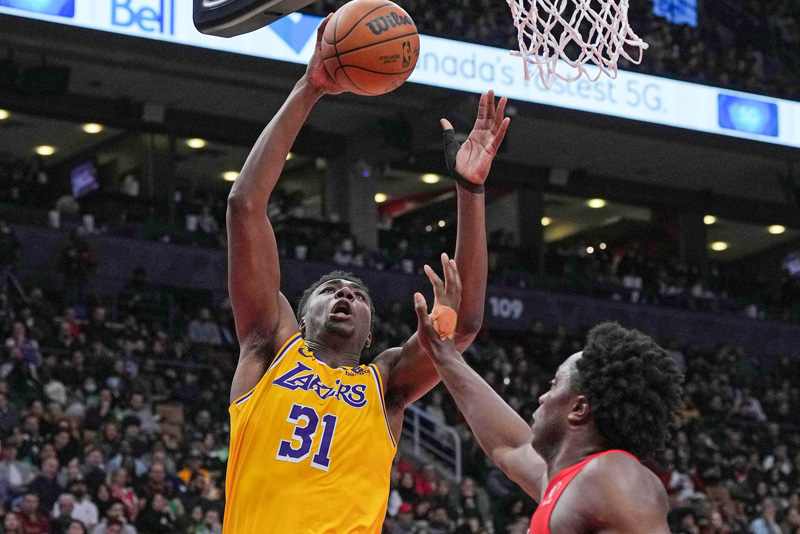 The Los Angeles Lakers are on a two-game losing skid when they face the Philadelphia 76ers on Friday night in an ESPN primetime matchup at 7:30 PM (EDT). Los Angeles won five out of six games before bowing out to the Cleveland Cavaliers and the Toronto Raptors in its last two matches. The LA Lakers are 13th at 10-14 in the Western Conference and last in the Pacific.

The Lakers had PG Dennis Schroder lead the team with 18 points, Center Thomas Bryant and PG Russell Westbrook made 16 points each and SG Kendrick Nunn chipped in with 15 points off the bench. The Los Angeles Lakers shot just 42% from the field and seven of 33 from the 3-point area. The Lakers trailed in this one by as many as 27 points before they made a late run to keep the final scores close and not far off.

At “ The City of Brotherly Love “, The Philadelphia 76ers are riding its second 3-game losing slump of the season. The first one came against Boston, Milwaukee, and San Antonio. The 76ers won 12 of their next 18 games before the current losing slide. The team lost to Cleveland, Memphis, and Houston in their last three matches. PG James Harden is not 100% functional in his return from injury. He was 4 of 19 in FG shooting in their double-overtime loss to the Rockets.

The 76ers split their last eight games on the season, but they will be hoping to put a halt to a three-game skid after falling to the Rockets on Monday. Center Joel Embiid led the team with 39 points on 12 of 21 FG shooting. SF Tobias Harris drained seven 3-pointers to finish with 27 points while PG James Harden chipped in with 21 points and seven assists. The 76ers shot 44%  from the field and 17 of 36 from the 3-point line as they fought back from a 9-point deficit in the 4th quarter but got blown away in the overtime period where the Rockets poured in 24 points.

Los Angeles Lakers vs Philadelphia 76ers. The NBA pick for this game is the Philadelphia 76ers. The LA Lakers have their key players available as Anthony Davis and LeBron James are both listed as probable while the 76ers are without Tyrese Maxey and Georges Niang. The 76ers will win in the battle of the bigs predicted to a score of 115-111.