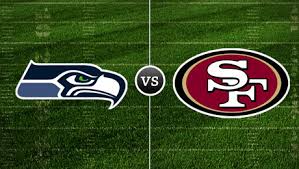 The Seahawks 6-0 ATS in the last six meetings with the 49ers, but live betting services can see that they’re 0-5 SU in the 5 times that they took on the 49ers at Levi’s Stadium.

The betting line has the Seahawks as the road underdogs with one point for this matchup with the 49ers.

Having recently had good restraint against QB Colin Kaepernick as well as improved performances with their defense, many in the football world believe that the Seahawks could be the ones to win this meeting as the small dog on the road.

The 49ers’ defense kept on doing a good job on the field even though very important players on defense were injured – like NaVorro Bowman and Patrick Willis. In four starts in his career against the Seahawks, Kaepernick is 1-3 SU with just three passes for TD’s and seven picks.

5-1 is the under in the last six meetings that took place between the 49ers and the Seahawks, and the 49ers, 5-2 in the Seahawks’ last seven NFC West games on the road and 3-0 in the 49ers’ last three games at home in the NFC West. The total for Thursday has been is 39.5.

Playing at home could give the 49ers the edge when this Thanksgiving showdown gets underway. However, with the Seahawks having a better defense, and with history proving that they were able to dominate the QB, many experts and live betting services believe that Seattle could be the ones to win this matchup.

Mike Zimmer believes that Peterson will play again in the NFL

The Saints’ Bunkley suffered a quadriceps injury against the Ravens