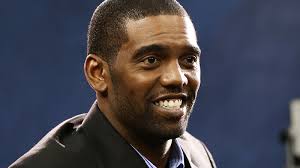 Since 2012, former WR Randy Moss didn’t play in the NFL, but many fans and live betting services were very excited when they saw that in a recent interview, the player said that he would think about leaving retirement so he can link up with QB Peyton Manning and the Broncos.

“I’m gonna tell you this, for me to come out of retirement for a player such as Peyton Manning, I would consider that,” said the player when he was interviewed in Peter Schrager’s podcast . “I really would consider it. I’m still in great shape, I can still run. I’m not the most old, but just by looking at the things I see on Sundays, I can still go out there and catch some passes and catch some touchdowns.”

Many NFL fans remember when in 2012, the player was able to catch 28 passes made for 434 yard, scoring three TD’s when he was playing for the 49ers, who made it to the Super Bowl before they ended up being beaten by the Ravens.

Moss, who’s working as an analyst for Fox Sports 1, was also in an interview with “Pardon the Interruption” on ESPN this week, and the former player spoke about what he thought about going back to the game.

When the interview took place, Moss said that his age and his physical qualities did not influence him in retiring from the sport.

“The one thing that people don’t understand, guys, is one day I will hopefully get to tell my story of why I retired from the game of football,” said Moss. “It had nothing to do with the money, it had nothing to do with my physical ability. There were some things going on in my family life, going on with my children that I had to walk away from the game and be there for them as their father and as their protector.”

Moss, who was a Pro Bowler on six occasions – besides being a huge favorite with live betting services – also said that returning to the game is not impossible.

“For me to be able to say that I still miss the game, I still love the game — I’m loving what I’m doing here at Fox, don’t get it wrong — but for me to be able to come back to the game for a guy like Tom Brady or Peyton Manning, guys, I might consider something like that,” said the player. “But believe me, I’m loving and enjoying what I’m doing what now. It was just a question and I answered it the best way I knew how.”