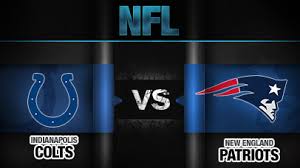 The Patriots are 17-1 SU and 12-6 ATS in the past 18 games that they played at home – something that goes well for their chances to make it to the Super Bowl, considering that on Sunday they’ll face the Colts when they meet them for the AFC Championship Game at Foxborough.

But the Colts just won again when they took out the Broncos. Many live betting fans are wondering if Indianapolis will be able to win yet again and make it to their first Super Bowl with QB Andrew Luck among their ranks.

The betting line opened with the Patriots as the favorites by seven points, and 53.5 was the total.

Indianapolis were just able to beat the Broncos in a divisional-round meeting, and they won 24-13 as the dogs on the road with 9 points. The Colts surrendered the game’s first TD to Denver, and then they were dominating the game, making stops with their defense, getting the chains moving with their offense, and they won possession time with a margin of 34-26.

In their past eight meetings, Indianapolis are 7-1 and 5-2-1 ATS, and they were able to win their two games in the playoffs by a 50-23 combined score. During the postseason, the Colts are now also 3-2 both SU and ATS with Luck’s services. In their win in the wildcard game, Indianapolis were running against the Bengals for 114 yards, and against the Broncos for 99.

If this week they’re able to do something similar, and keep New England’s offense away from the field for as long as they can, this meeting could be an interesting one.

In the NFL’s divisional round, the Patriots were just able to beat the Ravens 35-31, getting their revenge after Baltimore beat the Patriots last season and took them away from the playoffs. New England were twice rallying from being down a couple of TD’s, and could take the lead on a TD pass by Tom Brady with five minutes remaining, then getting the interception that saved their game within the end zone from Duron Harmon.

For the matchup, the Patriots were only able to run for 14 yards, but Brady was able to throw for 367 and 3 TD’s, and New England used a few tricks to clinch some points, which included a TD connection a from WR Julian Edelman to WR Danny Amendola.

The Patriots are 11-1 SU and 8-4 ATS in their last 12 meetings that had some meaning. But since 2008, New England are also just 3-9 ATS as favorites for the playoffs, and IDSca.com database showed this.

For this matchup, New England are the ones with the higher probabilities of pulling off a win. Indianapolis took out Denver, but they did it against a limping Peyton Manning, not Tom Brady, who’s completely healthy, therefore the better choice for this meeting would most likely be the Patriots.