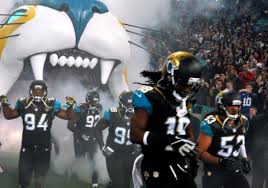 Jaguars coach Gus Bradley is well aware that the team has to seriously step up its game, and Jacksonville’s fans hope that this season will play out differently. Pay per head sportsbooks saw that their offense got last place in the league’s scoring, with an average of only 15.6 PPG, and their offensive line gave up 71 sacks – a high in the NFL. 2015 doesn’t look very promising at all for the team as sportsbooks have put the Jaguars at +1600 to be the AFC South winners, 100/1 for the AFC Conference title, and they’re the underdogs for the Super Bowl at 200/1.

In an effort to boost the Jaguars, GM Dave Caldwell and Bradley got down to some serious business when it came to free agents, as they got the services of at least six men who could start. Some draft picks have also been added by Jacksonville, and among these is RB T.J. Yeldon, who many believe will be a starter when the regular season’s Week 1 gets underway. The team’s first pick in the draft, DE Dante Fowler, will be sitting out during the 2015 season, as he suffered a torn ACL in May. The player received surgery, and is set to practice and get ready for 2016. New coaches also joined Bradley’s staff, and these include OC Greg Olson.

Julius Thomas, former TE for the Broncos, also joined the ranks of the Jaguars to work with WR’s Marquise Lee and Allen Robinson. Cecil Shorts – top receiver – joined the Texans. Rashad Greene – WR for Florida State, who has a record in receptions made in his career, with 270 also joined the gang. The Jaguars’ offensive line was fixed when the team got the services center of RT Jeremy Parnell and Stefen Wisniewski during free agency, as well as guard A.J. McCann, who’s a possible starter. The Jaguars also have high expectations when it comes to QB Blake Bortles. The player, who was a star for Central Florida, was able to pass for 2,908 yards, but he threw 17 picks in comparison to only 11 TD’s.

Last year, the Jaguars had a defense that was just as inefficient, as in total defense they finished at 26th place, and against the run they were at 27th, something that did not go down very well with the fans. When the team ventured into the free agency market, they got the services of LB Dan Skuta, FS Sergio Brown, CB Davon House, and DE Jared Odric. The players should turn into starters, and pay per head sportsbooks believe that they could be of great help to their problematic defense. As the Titans are in the middle of upgrading their team, Jacksonville and Bradley should have the necessary tools to leave the bottom of the AFC South. In the league’s odds, a spot in the playoffs is not very likely at all, but a record of almost .500 should be something that will keep Bradley in the team for one more year.