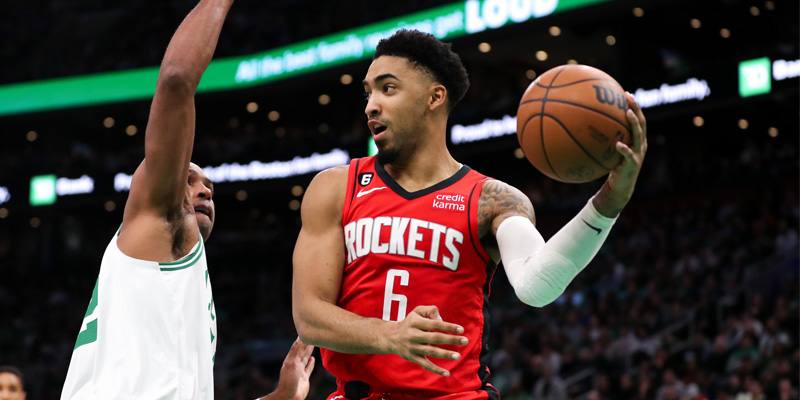 The Houston Rockets remain on the road and will be at American Airlines Center in Dallas, Texas to compete with the Mavericks on Thursday evening. Houston comes into Wednesday night struggling this season 14 games below .500 after losing four of the last five following a 24-point blowout loss against the Boston Celtics. Houston’s offense displayed mediocrity making only 40% of FG shooting and 31.1% from beyond the arc to score just 102 points in the match. The Rockets’ defense played poorly as Boston delivered 47.3% of their shots and 35.7% from the 3-point range to score 126 points including 70 in the second half.

The Rockets were in a rut, losing six of their last seven matches overall. Houston will aim to bounce back here after getting clobbered by Boston 102-126 on the road, Tuesday. SG Jalen Green made 28 points on 11 of 22 shooting. SG Kevin Porter Jr. brought in 22 points with nine assists. Kenyon Martin Jr. chipped in with 17 points.

At “ The Big D “, The Dallas Mavericks are on a 4-game winning run after outplaying the Knicks 126-121 in OT. SF Luka Doncic made history after posting a triple-double of 60 points, 21 rebounds, along with 10 dimes. The Mavs was 48.9% FG shooting but made only 13 of their 46 attempts from beyond the 3-point line, outscored the Knicks 50-48 in the paint, and posted a 20/9 assist-to-turnover ratio. Spencer Dinwiddie notched 25 points, six rebounds, and five dimes while Center Christian Wood made 19 points, nine boards, three blocks, and a couple of dishes.

the Mavericks are in great shape after winning five of their last seven matches overall. The Mavs will be lifted to build on their current win streak after outlasting the Knicks on Tuesday. Dallas comes into Thursday night on a winning streak three games above .500 following a five-point overtime win against New York. Dallas’ defenses did just enough to limit New York to 43.7% shooting and only six points in overtime for the win. The Mavs’ offense was dominant with 48.9% of their shots and 28.3% from beyond the arc for their OT victory.

Houston Rockets vs Dallas Mavericks. The NBA pick for this game is the Dallas Mavericks. Dallas is currently one of the hottest teams in the league. The team will continue its dominance over a struggling Houston team. Dallas will win predicted at 118-106.