Hatton believes that Crolla will take out Perez 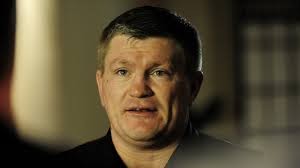 Ricky Hatton is confident that Anthony Crolla will surprise the boxing world on Saturday night by beating Darleys Perez. Sportsbook software services and fans everywhere are anticipating a very intense showdown, and can’t wait to see who’ll be the one to keep the WBA lightweight title.

It’s been a decade since Hatton clinched a win against Kostya Tszyu for the IBF light-welterweight title, surprising fans all over the world, and he’s confident that that Crolla will come out on top in this clash.

A 28-year-old Crolla (29-4-2-KO11) made an impressive recovery, and is close to making his dream in boxing come true. The fighter suffered a broken skull and ankle last year while trying to stop burglars close to his house.

The fight against Richar Abril didn’t happen, but Crolla was very determined in his rehab process. Now the boxer’s fully fit, and what Hatton saw in the gym left him very impressed.

Hatton said: “I think Anthony Crolla is vastly improved and he’s well seasoned now. He looked a million dollars and then got beaten by Derry Mathews but sometimes defeats can make you.

“He’s battle-hardened now – he’s had his ups and downs. It’s a bit similar to James DeGale. I think it made DeGale and I think it’s made Crolla. I think he’ll win Saturday, definitely.

“Nobody expected me to beat Tszyu. The only people in the world who did were myself and Billy Graham.

“It’s a great story for Crolla. You’d have never thought a few years ago that he’d be fighting for a world title. In many ways he has nothing to lose but I’ve been up to the Gallagher gym to see him and he’s looking in fantastic shape.

“Only a few months ago, his career was nearly over when his next door neighbour was getting robbed. He went to do the right thing and got hit over the head. His career could’ve been over and now he’s got a world title shot.

“It’d be such a nice story if he finishes the journey with a world title. From a career nearly over to a world title a few months later. It’s such a great story.”

Sportsbook software services saw that last weekend Manchester had one more world champion when Terry Flanagan clinched the empty WBO lightweight title after Jose Zepeda pulled out following two rounds due to an injury to the shoulder.

Hatton said: “It was brilliant. It’s a shame he got it through an injury because the fight was in the balance a little bit but it’s going to be good if Crolla and Quigg can win on Saturday night, too.

“There aren’t many places in the world that can boast three current world champions. It’s also 10 years on from my fight with Kostya Tszyu so it all fits in quite nicely!

“The fight was in the balance and the lad got an injury. Terry would have liked to have won it another way but there was every chance he’d have won anyway. I know from experience that when you’re in the final stages, if the crowd are on your side then it can carry you.

“Terry has fulfilled a lifelong dream. It’s not like he was losing when the injury came. That would have been a shame. I think Terry would have won the fight and it was just bad luck for Jose Zepeda on the night.”