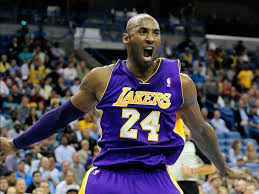 Kobe Bryant’s two-year extension to his contract, which was signed last year and is worth $48.5 million, will see him continue playing with the Lakers through the season of 2015-2016, but sportsbook software services learned that Mitch Kupchak, the team’s general manager, does not believe that after that season Kobe will keep on playing for the team, or anywhere else in the NBA.

Kupchack said on Tuesday in an interview held with NBA.com that the player is set to retire in 2016, when his deal comes to an end.

“All indications are, to me, from him, that this [two-year contract extension] is going to be it,” said Kupchak. “If somebody’s thinking of buying a ticket three years from now to see Kobe play, I would not do that. Don’t wait. Do it this year.”

Bryant, 36-years-old, played all of his games for the Lakers.

However, it has not been easy at all for the future Hall-of-Famer, as in 2013 the player tore his Achilles – an injury that ended his season – and last season he was limited to only six games due to injuries.

In the meantime, the Lakers were clearly struggling. Last season they had a pretty bad record – the Western Conference’s second worst, and on Wednesday they saw that they were in the same place at 5-16, even though Bryant had an average of 4.8 assists, 25.2 points, and 5.1 rebounds for each game played.

Last week, the player spoke with Yahoo! Sports, telling them that he still likes to play in the NBA, but that once his contract comes to an end, his career will as well.

“It’s a lifestyle, an absolute around-the-clock lifestyle. There’s no getting away from it,” Bryant said. “I’ve always enjoyed that aspect of it, the process of it, the building of it. But there will come a point when I don’t anymore, and then it will be over for me.”

In a documentary aired earlier in the year by Showtime, sportsbook software services saw that the player recognized having been “scared” about the future that he has after retiring, but he looks forward to finding his passion in something else besides basketball.

“You really have to lean on muses and mentors going forward, just as I did as a kid,” he said. “It’s about having that next wave of things, which is scary as hell, but it’s fun at the same time.”