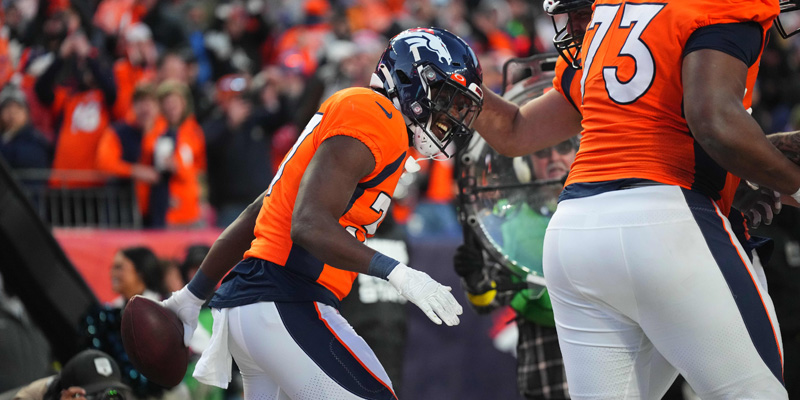 The Denver Broncos vs Los Angeles Rams in NFL action in SoFi Stadium, CA, on Sunday, December 25, 2022, at 4:30 PM ET. The Broncos were given high expectations for this season, especially after some of their off-season signings, but in reality, they did not live up to those expectations. With a 4-10 record, Denver is currently in last place in the AC West, a division they had high expectations to win this year. They managed to end a five-game losing streak last week against Arizona, but this season they had trouble stringing together back-to-back excellent performances. The other two matches were enjoyable to watch from home, but traveling for this one is probably going to provide some challenges.

Even with some of their ailments, Denver’s defense, which is still among the best in the league, should continue to pose difficulties for the Rams in this game. It’s still unclear how this team will play offensively, as that aspect of the game is probably going to decide it. They are the lowest in the league in scoring, which might cause problems against a talented LA defense. Latavius Murray must have a strong performance for Denver; yet, given his injury status, the running back room may suffer without him.

The Rams were undoubtedly affected by the Super Bowl hangover from the previous season, and with the multiple injuries they had to deal with, it is not surprising that they had a difficult season. They have a somewhat better home record than on the road, and with a 4-10 record, they will be hoping that trend continues in Sunday’s game. This team only won one match after mid-October, which just so happened to be the comeback victory over the Raiders. They somewhat returned to reality the previous week as they suffered a road loss in a primetime contest against the Packers.

There isn’t much worry about the defense holding up in this one, much like the situation with their opponent. They still have many players in the All-Pro class, which should give them an advantage in stopping the Broncos even without Donald. It is yet unclear how the offensive will fare. Baker Mayfield is the quarterback of choice, but he receives almost any support at any of the skill positions. It shouldn’t be surprising to see him struggle given his lack of expertise with the offense in general.

Denver Broncos vs Los Angeles Rams. The NFL pick for this game is the Denver Broncos. Though they’ll back that up in this match, Denver did not always find themselves the favorite in a game. The Rams won’t have almost anybody of significance on the offensive side, while Denver will at least have their starting quarterback and one of the league’s most electrifying wideouts. Given the strength of both defenses, it will likely come down to whose team can be most at ease and find a few little pockets of success. Given their ability to move the ball on the ground as well, the Broncos have a slight advantage in this matchup. Additionally, after gaining less than 90 running yards in their prior game, the Rams are 0-3-1 ATS in their subsequent four matches. The Denver Broncos will win to a predicted score of 21-17.