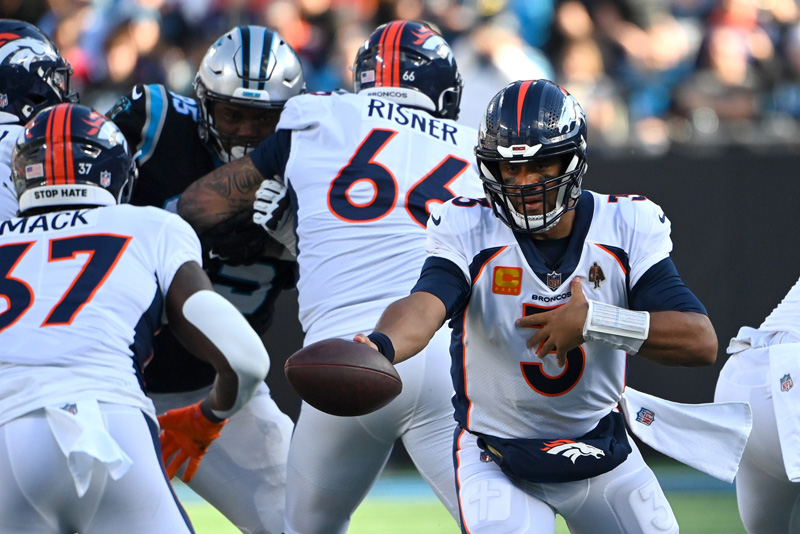 Week 13 in the NFL season will witness hostilities between the Denver Broncos against the Ravens at M&T Bank Stadium in Baltimore, Maryland on Sunday afternoon. Denver began their season with Super Bowl in their sight after signing star QB Russell Wilson to augment its offense, but that has not worked out. On the contrary, the Broncos slumped as one of the worst offensive teams in the NFL; their defense suffered in the process which resulted in where they are now. Denver is last at 3-8 in the AFC West Division

The Broncos lost 7 of their last 8 matches of the season and are on a 3-game losing skid. QB Russell Wilson threw for 2,369 yards, 8 touchdowns, and 5 interceptions on 58.9% passing. RB Latavius Murray dashed for 301 rushing yards and 3 TDs. WR Courtland Sutton leads Denver’s receiving group with 52 grabs for 688 receiving yards while WR Jerry Jeudy has 449 receiving yards on the year. Denver’s defense unit combined for 26 sacks and 6 picks on this season.

At “ The Charm City “, The Baltimore Ravens suffered a disappointing road loss to the Jaguars by a score of 27-28 at TIAA Bank Field in Jacksonville Florida last week. The Ravens were on a 3-game winning run over the Browns, Buccaneers, and Saints but were unable to hurdle the Jags that nipped them by a nickel. Jacksonville made a late touchdown conversion to edge Baltimore by a point. Baltimore leads at 7-4 in a tie with the Bengals in the AFC North Division.

The Ravens had rattled off four straight wins heading into Week 12, beating Cleveland, Tampa Bay, New Orleans, and Carolina. They were unable to keep that momentum going, as Jacksonville scored on a late touchdown and added a game-winning two-point conversion. In this contest, Russell Wilson and Lamar Jackson of the Ravens will go head-to-head in what may turn into a defensive ball game. Place Kicker Justin Tucker had a chance on a 67-yard field goal on the final play but fell short. The Ravens blew their 4th double-digit lead in the 4th quarter of the season. which leaves them in a tie with Cincinnati atop the AFC North standings.