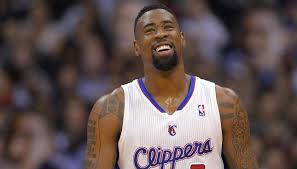 The relationship between him and Chris Paul has been well documented. It’s been said that Paul Pierce has been brought in to help ease that transition. CP3 is his only teammate though; Blake Griffin is also a key part to this puzzle.

Before Jordan made his decision to join the Mavs, DeAndre and Clippers All-Star Blake Griffin spoke several times. Pay Per Head Sportsbook sources people close to the situation told ESPN’s Ramona Shelburne that Jordan was concerned about Blake Griffin being traded in the next two years because the Clippers have failed in the playoffs to many times. He also wanted to know whether Griffin intended to stay with L.A. after 2017. All these questions about a person future can be over whelming.

DeAndre asked Blake about his future, Griffin told him to make his own decision, and that he’d support him with whatever he decided. When Jordan called Griffin to tell him that he’d chosen the Mavericks, Griffin said he was happy for him if he was happy with his own decision. On Monday, Jordan called Griffin again and said he’d been having second thoughts. Blake then urged him to call Doc Rivers. Doc then began calling Clippers players and organized a meeting for Wednesday. Doc Rivers thinks he’s got hope of getting Jordan back in a Los Angeles Clippers uniform.

Blake flew in to Houston to have dinner with Jordan; Chris Paul after leaving his vacation is expected to be at the meeting with new recruit Paul Pierce and J.J. Reddick. Quite a contingent and undoubtedly the people that want DeAndre back.

Chris Paul whose reportedly strained relationship with Jordan has been a deciding factor in the center’s initial decision to take Dallas’ offer, has been among the ones pushing hardest in recent days for Jordan to change his mind.

This free agent year has been a complete world wind. There has been roughly over 70 free agents coming to terms on new contracts. This story just adds another interesting twist to an already enjoyable free agency period.