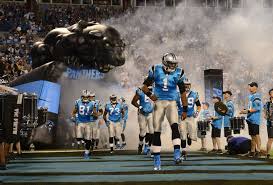 The Panthers could have had a draft pick in the Top Ten this year if it wasn’t for a defense in the Top Ten. However, the team won the NFC South Division for a second time in a row, besides beating the Cardinals in the playoffs. Many fans and sportsbook software services were amazed to see the Panthers have a 3-8-1 start to the season, but having cinched four consecutive victories to end their season, Carolina won the weakest division in the league. Defense was what let the team accomplish what they did, and in the case that the team wins the divisional title for a third time in a row, it will be thanks to their defense.

Many sportsbooks gave the Panthers odds of+2200 to be the winners of the NFC Conference, made them the favorites at +200 for the NFC South, and +4000 to win the Super Bowl.

Carolina has what could be the NFL’s top LB combo, with Thomas Davis and Luke Kuechly in their ranks. Then there’s rookie LB Shaq Thompson.The team did release DE Greg Hardy, who joined the ranks of the Cowboys. This season, DT Star Lotulelei and DE Kony Ealy will have to increase their game if the Panthers’ defense wants to end the season as one the NFL’s top ten for what could be the fourth year in a row. In 2014, the Panthers’ offense suffered a regression – a reason for the team’s bad start to the season. Carolina will continue being a running-first offense, even though most of the work will go to RB Jonathan Stewart. DeAngelo Williams, who’s the team’s best rushing player, is now with the Steelers. Last year, he was leading the Panthers in rushing, and was a key piece in their final four matches.

QB Cam Newton leads Carolina’s offense for a fifth season. The player has to seriously work on his TD-to-pick ratio, which is at 18-12, if the Panthers are looking to defy predictions for the Super Bowl as the big underdogs. The QB could have the necessary ammunition to accomplish this, as he’s working with TE Greg Olsen and WR Kelvin Benjamin. In 2014, both of the players had 1,008 receiving yards to their names. Sportsbook software services saw that the Panthers also acquired WR’s Ted Ginn and Jarrett Boykin, adding strength to their receivers, which also include Devin Funchess and Jerricho Cotchery. With Newton in their ranks – who made very good improvements – and a better offense (with OT Michael Oher, who joined the team during the offseason) the Panthers should have the right weapons to win the NFC South for a third consecutive time. However, they could be set back by the schedule. Following a bye in the regular season’s Week 5, they’ll take on the Seahawks, Eagles, and Colts on a Monday night, as well as the Packers. If they somehow get past this, they could be in for one more divisional title.