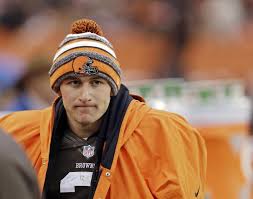 Sources reported that QB Johnny Manziel joined a rehab treatment facility last Wednesday, and many fans believe that it’s the best thing that the player can do right now. One thing that bookmaker software services can clearly see is that this came in very good timing, as the season is already over.

The QB has a soft spot for partying – something that is very well known by NFL fans all over the world, and the player perhaps felt that now that the season is over, he can try to recover, and many fans believe that right now rehab should be a priority for him.

Brad Beckworth, who’s an advisor and friend to Manziel as well as his family, said that the player entered the treatment center saying: “Johnny knows there are areas in which he needs to improve in order to be a better family member, friend and teammate, and he thought the offseason was the right time to take this step. On behalf of Johnny and his family, we’re asking for privacy until he rejoins the team in Cleveland.”

The QB played as a rookie in five meetings and started in two of them. He was able to complete 18 out of 35 passes for 175 yards with two picks and no TD’s scored. In the second one of his starts, the player suffered an injury to his hamstring that put his season to an end, when the team lost to the Panthers in Week 16.

A statement was also released on Monday by Ray Farmer, Browns GM:

“We respect Johnny’s initiative in this decision and will fully support him throughout this process. Our players’ health and well-being will always be of the utmost importance to the Cleveland Browns. We continually strive to create a supportive environment and provide the appropriate resources, with our foremost focus being on the individual and not just the football player. Johnny’s privacy will be respected by us during this very important period and we hope that others will do the same.”

Manziel’s fans believe that going through rehab is vital for his future, and hopefully he will decide to take his life a bit more seriously, especially since he’s playing for the NFL. Bookmaker software services are also hopeful that rehab will help Manziel reevaluate his life so he can make changes for the better.