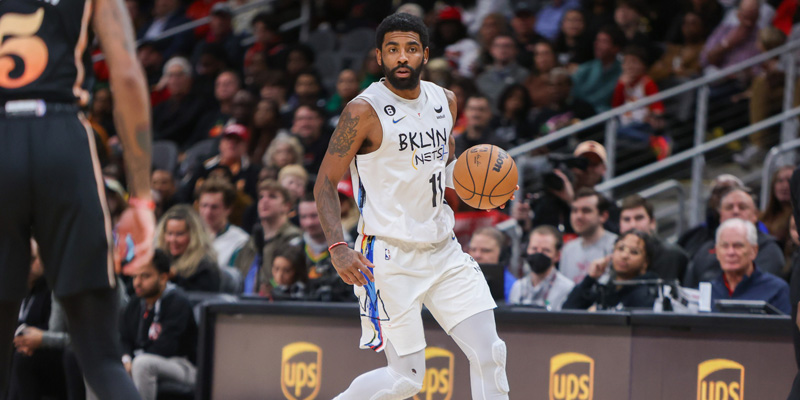 The Brooklyn Nets will go against the Charlotte Hornets in NBA action in Spectrum Center, NC, on Saturday, December 31, 2022, at 7:00 PM ET. The Nets are coming into this game on a 10-game unbeaten run after having a strong prior week. With a victory versus the Hornets, which would be their 11th straight victory, they will look to close the gap on Boston, who currently leads the Eastern Conference rankings by 2.5 games. Brooklyn scores 114.3 points per game on average. In their most recent game, they scored 108 points while hitting 50.6 percent of their field goals and 38.5 percent of their three-point attempts. Kyrie Irving had 28 points, 5 rebounds, and 8 assists to lead the Nets.

Nic Claxton contributed 17 points, 10 rebounds, and 6 blocks, and Kevin Durant ended with 26 points, 16 rebounds, and 8 assists. Brooklyn had trouble playing defense, allowing 111.2 points per game. They conceded 107 points in their previous game, and if they want to prevail, they will put in a similar effort. Both Edmond Sumner (thumb) and Ben Simmons (illness) are doubtful for this game. Joe Harris (Knee) is no longer a possibility.

With a victory over the Thunder in their most recent game, the Hornets ended a two-game losing run. They will attempt to maintain their winning streak by defeating the Nets, which would be their third victory in their previous five games and their second straight victory. Charlotte scores 111.4 points per contest on average. In their most recent match, they produced 121 points while hitting 54.8 percent of their field goals and 31.3 percent of their three-point attempts.

LaMelo Ball had 27 points, 10 rebounds, and 9 assists to lead the Hornets. Mark Williams contributed 17 points and 13 rebounds, and P.J. Washington totaled 25 points, 5 rebounds, and 3 assists. Charlotte had trouble playing defense, allowing 117.9 points per game. If they wish to win this match after giving up 113 points in their previous contest, they will need to play better. Dennis Smith Jr. (Ankle) and Kelly Oubre Jr. (Hand) are both doubtful for this game.

Brooklyn Nets vs Charlotte Hornets. The NBA pick for this game is the Brooklyn Nets. The Nets won their past six away games and ten consecutive matches overall. Even on the road, when they are scoring over 113 points per game and making more than 50% of their shots, they are playing very effectively offensively. Additionally, they made more than 47% of their three-point attempts over their previous three games, demonstrating strong long-range shooting. Expect them to not provide the Hornets with many easy scoring opportunities since they are excellent on the offensive glass and will have a lot more chances to score against them. They also decreased their turnovers in their previous three games. Expect the Hornets to struggle to slow down the hot-shooting Nets since they aren’t very strong defensively and play just as poorly at home where they allow more than 114 points per game. Three of their previous five matches and five of their previous six at home ended in losses for the Hornets. They were effective offensively, but at home, where they are averaging fewer than 110 points per game, they were not as effective. Although they are very reckless with the ball, which will be an issue against the Nets, who average more than six steals per game, their rebounding was excellent and will offer the extra scoring opportunities that will lead to help them remain in the game. Anticipate Brooklyn to restrain Charlotte’s offense given that it held its previous three opponents to under 110 points per contest. Brooklyn is a good choice to cover the spread. The Brooklyn Nets will win to a predicted score of 123-115.