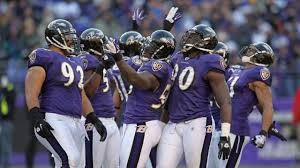 The Ravens made it all the way to the NFL playoffs in 6 out of 7 seasons working with John Harbaugh as head coach. With a defense that went back to the Top 10 last season, it’s hard to think that Baltimore won’t make it very far this season, as many sportsbooks put the Ravens at 12/1 to be the winners of the AFC Championship, the +160 favorites to win the AFC North, and 25/1 for the Super Bowl. The Ravens can make it to the championship game and win it, but things are different if you take a look at what was lost by the team during the offseason. However, PPH bookie services believe that their losses won’t prove to be much of an obstacle if the team plays smart.

OC Gary Kubiak parted ways with the Ravens to turn into the Broncos’ head coach. NT Haloti Ngata now plays for the Lions, and WR’s Jacoby Jones and Torrey Smith are elsewhere. TE Owen Daniels joined the Broncos, like Kubiak. However, things don’t look so grim despite these losses, particularly when it comes to the team’s offense. QB Joe Flacco is back after having thrown for 3,986 yards with 27 TD’s last season. The signal-caller has plenty of talent on the field, which turned him into one of the most underrated QB’s in the league. The player also won a Super Bowl with the Ravens, as well as a very big contract with the team.

Flacco will continue to work with WR Steve Smith, who’s seen by many fans and experts as one of the NFL’s top players. Smith, 36-years-old, will feature in his 15th season in the league. Last year, the player recorded 79 receptions made for 1,065 yards. Breshad Perriman was also drafted by Baltimore to take the place Smith. This WR is a lot like Smith, only faster, as it was reported that he completed the 40-yard dash in a bit less than 4.3 seconds. The Ravens also acquired the services of TE Maxx Williams – a player who could be great use to the team as Dennis Pitta’s future is doubtful due to injuries to the hip.

It’s very likely that Baltimore’s defense will be the ones to see them make it to the playoffs. Last season, LB’s Terrell Suggs and Elvis Dumervil had a combined 29 sacks, and C.J. Mosely is silently turning into one of the top LB’s in the NFL. The Ravens are again playing in the AFC North, and PPH bookie services believe that they could once again be the most difficult division in the league when it comes to the odds. Last season, the Ravens, Steelers, and Bengals made it to the playoffs. It won’t take long for the Ravens to see where they’re standing when they face the Kubiak’s Broncos followed by the Steelers and Bengals.