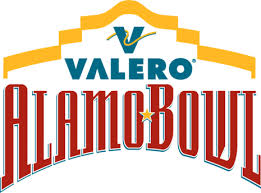 This would be the sixth season in a row that Kansas State returns to a bowl, but pay per head bookies saw that lately the Wildcats were disappointing bets for bowl games, as in the last six that they played, they only went 1-5 SU and ATS. They’re looking forward to changing things when they face the UCLA Bruins in the Alamo Bowl on January 2nd.

The betting line opened with Kansas State as the favorites by 2.5 points, and 59.5 was the total.

This season, UCLA had a start of 4-0, which include a win of 62-27 against the Arizona State Sun Devils. Then the Bruins suffered consecutive losses to the Utah Utes and Oregon Ducks, but were able to win five straight meetings, which include a win of 17-7 over the Arizona Wildcats, who eventually became the champions of the Pac-12 South, as well as a third win in a row over the USC Trojans.

UCLA then suffered a loss to Stanford Cardinal in their last game of the regular season, but are set to feature in a bowl game for their fourth season in a row. In total offense, UCLA have a ranking of 23rd place, with a 199 yard-per-game average in their ground game, as well as a 269 yard-per-game average in there aerial game, so UCLA are able to outscore most teams that they face, like they did when they took on the Memphis Tigers (42-35), California Golden Bears (36-34) and the Colorado Buffaloes (40-37).

Earlier in the season, the Bruins took on some very tough expectations, and some very big spreads, and went 1-7 ATS through their eight initial meetings. However, in three out of the last four matches that they played, the Bruins were able to cover.

This season, Kansas State only lost three meetings – to the Auburn Tigers by a TD, to the TCU Horned Frogs and to the Baylor Bears, and those three sides were able to combine to go 30-6.

In the last 10 games that they played, the Wildcats went 8-2 ATS, being able to win and cover against the Oklahoma Sooners, Texas Longhorns, Oklahoma State Cowboys, and West Virginia Mountaineers. The Wildcats currently have a ranking of 50th place in the nation when it comes to their total offense, with QB Jake Waters recording 3,600 yards, as well as 28 TD’s, and the ball was caught 93 times by WR Tyler Lockett for almost 1,400 yards and 9 TD’s.

Also, the Wildcats’ defense has an overall ranking of 36th place, holding seven other teams to 20 or less points.

The Bruins are better off with their offense, and the Wildcats have a better defense. In close meetings like this one, the defense tends to be the wiser choice, so many experts and pay per head bookies believe that Kansas State should be the ones to go for.