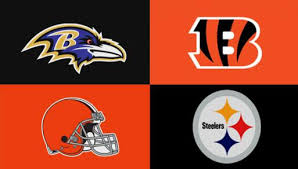 The AFC North Odds are next in the pay per head sportsbook NFL previews. The top of this list is a bit more difficult as various PPH Bookie services disagree on whether Baltimore or the Steelers should be the favorite to win.

Joe Flacco, quarterback for the Baltimore Ravens may get a better support system this year with the addition of Breshad Perriman and Maxx Williams, replacing Torrey Smith and Owen Daniels. Wide receiver Perriman is a faster version of Smith, and tight end Williams will likely be working beside returning tight end Crockett Gillmore.

The Pittsburgh Steelers and quarterback Ben Roethlisberger face the toughest schedule in the league this year, after last year’s easy schedule and an 11-5 finish. Most pay per head sportsbooks have set the win total for the Steelers at 8.5, which could make the over a good chance bet, since Ben and company have shown themselves to have the best overall defense throughout the league.

The Cincinnati Bengals success this year could depend on the strength of Andy Dalton and his defense, but could quite easily also depend on other factors; the return of Marvin Jones and Tyler Eifert, who were present in 2013 when Dalton stunned by breaking several franchise records, as well as the return of certain key players that missed part or all of the 2014 season. (A.J. Green, Andre Smith, Michael Johnson and Geno Atkins)

The Cleveland Browns may have nabbed Johnny “Football” Manziel last preseason, but unfortunately he failed to live up to expectations of pay per head sportsbooks. Will they give him another chance this year? So far he seems to be concentrating more on his abilities, and seems to be learning to work more as a team, than as the star. With accuracy the Browns might finally have the quarterback that they picked from the draft. If he can keep his head down and just concentrate on his football, Manziel could be on his way to a successful career in the NFL.