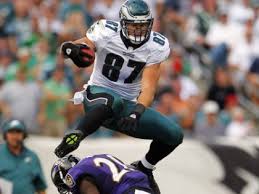 The Eagles and Ravens will lock horns on week 2 of the NFL preseason this Saturday night, with each team looking to continue keep the momentum going as we draw closer to the start of the much anticipated regular season. Currently price per head bookmaking services hold the Eagles as favorites for this game, especially after the demolition they performed on the Colts on week 1.

The Eagles look good last week. Point and simple. The cruised against a team that many believe will be contending a trip for the Super Bowl this season, and they beat them for more than 20 points, obliterating the point spread. Chip Kelly and his boys have stated that they will not let the win go to their heads as will want to keep the energy going. Philly is taking this game as a very important one, and you can expect them really going for it. This should make it even more interesting for all you fans of in-play betting.

It should be pointed out that the Eagles look strong, sharp and on point on all facets of the game. Their Defensive and Offensive lines played the game against the Colts as if it were the first game of the season. Even though it was an impressive showing it remains to be seen if the Eagles will loose some steam on the preseason or will they be able to keep it up for week 1.

The Ravens are also coming from a good win in a close game versus the Saints. They understand that the Eagles are a good and very strong team, but they will face them with the absence of Haloti Ngata on their defensive end. This might be a good thing in the end because it will allow for the Raven’s defensive coaching staff to put their lines to the test.

The week 1 game did show that the Ravens do have a strong unit, but they still need to work a bit more on defending the running game. The will surely take this game against the Eagles as a good barometer to measure their progress,

Overall, this has the potential of being a very interesting game with a possible high score. The Eagles are the favorites and we believe the will win it, but this will not be as one-sided as their previous game. If you are going to place a wager on a bookmaking service, we advise that you lay the Eagles to win, and bet on the over.